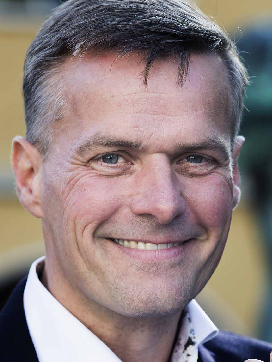 Creating scripts to analyse MT940 files and generate an overview of money transfers in an international company. The script i created in Python.

Copenhagen Area, Denmark Developing financial software for large coorporations. Working with the messaging systems for sending and receiveing information between banks and coorporations. Enriching content and analysing the information.

Copenhagen Area, Denmark Line manager for the software team at Siemens Flow Instruments. I lead a team of skilled embedded software engineers to be a high-performance team through agile processes. We work with Scrum, continuous delivery, lean methodologies and psychology.

Project manager for embedded software projects. The job spans all stages of the project from inception, estimation and pre-project to handing over to production and follow up on quality issues. Part of the job is defining and refining the project model for the software development another part is planning of projects, motivation of staff and reporting to management.

Implementing CMMI compliant processes in the software development group of Sauer- Danfoss. Defining, writing and teaching standards, processes and guidelines for the work of 50 developers on 5 sites in EU, US and India. Implementation of steering committees, reviews meetings, measurements, ... Participation in steering committees, control boards and reviews. Auditing internally and at suppliers. Trained auditor in ISO 9000:2000. Managing the ClearCase/ClearQuest administration group and automating the tool with Java and Perl scripts.

Consultant on Motorolas Dimetra system. Development of backend system software in C++ and Java. Motorola in Copenhagen was CMMI level 5. Mentoring other developers.

Introduction to CMMI at Delta, Hørsholm

B.Sc in ME, Denmarks Technical University